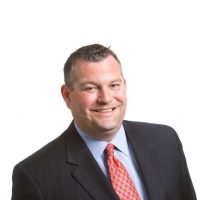 A former Lancaster County resident now based in Washington D.C., Scott Migli has used his two decades of experience to lead political, corporate and legislative clients on the national, state and local levels. He has drawn on that experience when counseling clients on grassroots issue advocacy and the use of survey research in pursuit of public policy objectives. Scott is currently based in Washington, D.C.

Scott has served as the managing director and vice president of a national polling firm. In that capacity, Scott advised corporate and political clients on survey research, communication strategies and grassroots organizing techniques.  Scott has appeared on MSNBC and Fox News as an analyst during election cycles in his former role at the polling firm, and has been quoted in numerous print media outlets throughout the country.

Scott served as executive director of the Pennsylvania Republican Party from 2005-2006.  During his tenure at the PA GOP, Scott was instrumental in the passage of the Voter Protection Act in 2006.

Scott also has worked for the Pennsylvania House of Representatives and the New York State Assembly on policy matters ranging from health care to energy, education and infrastructure. While working for the New York State Assembly, Scott managed four departments; oversaw the Minority Leader’s regional offices and communications department; and oversaw all of the Assembly Republicans’ press, direct mail and communications.  During his tenure in the NYS Assembly, Scott wrote and executed the first-ever, comprehensive Assembly messaging plan, including legislation that the Caucus would fight for throughout New York.

Scott is a native of New York, and holds a Bachelor of Science degree from Gannon University in Erie, Pennsylvania.  He resides in the Washington, D.C. area.