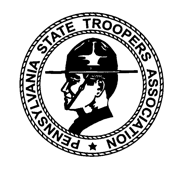 Despite being the fifth largest state in the nation and facing dramatic homeland security challenges in the aftermath of Sept. 11, Pennsylvania had failed to add more state troopers to its force in more than a generation. As a result, its trooper complement was one of the smallest in the nation per capita.

La Torre Communications devised an aggressive public affairs and media campaign to educate the public about the small number of troopers available to handle an escalation in duties due to homeland security needs. This full-scale effort was needed due to the outright refusal by the Rendell administration to hire additional troopers.

In 2006, after claiming for several years that more troopers weren’t needed, Gov. Rendell approved nearly $20 million in new funds to improve public safety with the hiring of 316 additional state troopers, bringing the state’s complement to its highest number in history.